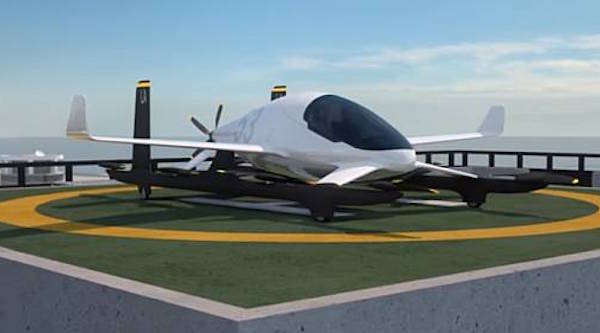 Steve’s breakdown: Aurora Flight Sciences is the company and Boeing just bought it. If you want to get into the military client business, this could be the flight in.

MANASSAS, VA: Aerospace giant Boeing announced on Thursday that it would be buying its long-term partner Aurora Flight Sciences in an effort to diversify its portfolio further by adding futuristic technologies like the eVTOL flying taxi currently under development in conjunction with Uber.

Boeing said the acquisition of Aurora, which specialized in autonomous systems technologies to enable advanced robotic aircraft for future aerospace applications and vehicles, would not affect its financial guidance for the year and that once acquired Aurora would be rebranded under Boeing’s Engineering, Test and Technology banner as Aurora Flight Sciences, A Boeing Company.

Terms of the agreement were not disclosed, but Aurora would retain an independent operating model while benefiting from the reputation and resources of its new parent.

“The combined strength and innovation of our teams will advance the development of autonomy for our commercial and military systems,” said Greg Hyslop, chief technology officer and senior vice president of Boeing Engineering, Test and Technology. “Together, these talented teams will open new markets with transformational technologies.”

Aurora, headquartered in Virginia and employing more than 550 people across six states in the USA, had designed, produced and flown more than 30 unmanned air vehicles since the company was founded in 1989.

“Since its inception, Aurora has been focused on the development of innovative aircraft that leverage autonomy to make aircraft smarter,” said John Langford, Aurora founder and chief executive officer. “As an integral part of Boeing, our pioneered technologies of long-endurance aircraft, robotic co-pilots, and autonomous electric VTOLs will be transitioned into world-class products for the global infrastructure.”