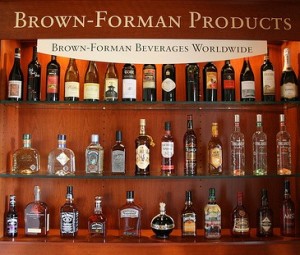 Steve’s breakdown: Here’s another reason to subscribe to the Ratti Report. My ROLODEX! (Do they still say that?)

I just confirmed this movement at B-F with a very close friend of mine down there. Though he couldn’t say much, he did say there was lots of movement in the department and that means opportunity!!

Between you and me, my “spidey senses” tell me someone wasn’t performing and they are trying to make it look good. Either way, it’s another reason to reach out.

Whiting has been in the senior vp position since March and prior to that served as director Western Europe and director of finance for Western Europe, among various other positions. Sirchio came to Brown-Forman in 2009 after working at Procter & Gamble for 13 years in various marketing positions in the company’s European operations.