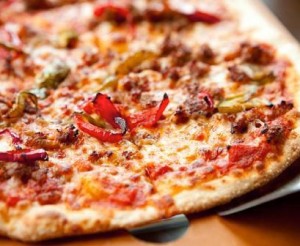 Steve’s breakdown: The buyer, PF Hospitality, seems to be on the move so to get in on one of their early brands could mean getting a portfolio of brands in the future.

“Our focus for PF Hospitality Group will be to increase shareholder value by growing the company both organically and through acquisitions,” stated Vaughan Dugan, CEO of PF Hospitality Group, Inc. “We are focused on acquiring key niche verticals and developing new concepts that are agile, which we believe will help us expand our reach in the marketplace and become more robust in the fast casual restaurant space.”

Through the merger with Pizza Fusion, PF Hospitality Group has become a franchisor of pizza restaurants specializing in organic fare free of artificial additives, such as preservatives, growth hormones, pesticides, nitrates and trans fats. The Pizza Fusion brand proudly offers health conscious alternatives and provides its customers with a 75% organic menu featuring an eclectic variety of gourmet sandwiches, salads, desserts, beer and wine. Pizza Fusion evaluates its operations from an environmental perspective in an effort to minimize its ecological footprint and was awarded the “Hot Concept” award by Nation’s Restaurant News in 2010.

The company also owns a 100% interest in Shaker & Pie, Inc., a modern Italian bistro in the heart of downtown Boca Raton, Florida, which is slated to open in the fall of 2015. Shaker & Pie combines wood-fired pizzas with healthy, hearty Italian-influenced street food.