As Forecasted by this newspaper: P.F. Chang’s did go into review

Home About The Ratti ReportAgency Reviews we've PredictedAs Forecasted by this newspaper: P.F. Chang’s did go into review

As Forecasted by this newspaper: P.F. Chang’s did go into review 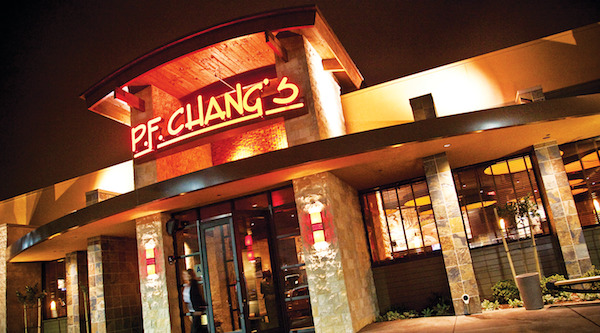 Steve’s breakdown: A few months back we said “Whether or not the acquisition of P.F. Chang’s happens, the outcome will fire-up an ad review cause they’ll have to do something to survive” and that’s exactly what happened. Keep an eye on our account review predictions everyday and this service will pay for itself 100 times over!

SCOTTSDALE, AZ: When was the last time you had P.F. Chang’s? It’s one of those brands that makes you think, walking by, “know what? P.F. Chang’s sounds pretty darn good about now.” In fact, a few years ago in Vegas, a colleague and I enjoyed a lovely meal at the restaurant on The Strip and were reminded that the food and atmosphere are delightful.

But, we haven’t heard much from the brand in traditional ad channels over the years. Which might explain why the brand has enlisted The Richards Group. The Dallas indie is not only now creative AOR but will also work on brand planning, digital strategy and enhancing the dining experience.

Plot twist: P.F. Chang’s creative strategy was done in-house. And the brand had a gaggle of agencies, consultancies and other firms divvying up a relatively small marketing budget. In fact, according to Kantar Media, the chain of over 300 locations in 25 countries, spent just over $1 million on measured media domestically in 2018. From January to June this year, that number is a svelte $19,000.

In some ways, that’s shocking. But then-CMO of the brand Dwayne Chambers (he was formerly CMO at Krispy Kreme and took the chief marketing role at Checker’s earlier this year) ditched traditional advertising and went pretty much exclusively digital—and it was very successful. Additionally, a critical insight helped with the story, as Chambers told Restaurant Business magazine how P.F. Chang’s was putting forward the fact that everything that comes from the kitchen is made from scratch.

It’s unclear if P.F. Chang’s is going to head back to more classic brand tactics, or a larger measured ad spend. But, according to Dave Kroencke, principal at The Richards Group: “We’re honored to get the opportunity to work together to build on this incredible foundation and bring the brand to new heights while staying true to its core philosophy based on authentic Asian cuisine and culture.”

To that end, the brand looks to continue its “Farm to Wok” philosophy and introduce other influences, including Japanese, Korean and Thai, into its dishes.

“We believe The Richards Group will help us achieve the goal of bringing our guests on a journey to Asia and reminding them why they first fell in love with the P.F. Chang’s brand,” said Tana Davila, P.F. Chang’s senior vice president of marketing and brand development.

Up for Chinese? Go west for your next order: Review Imminent