As if we didn’t know this was going to happen

As if we didn’t know this was going to happen 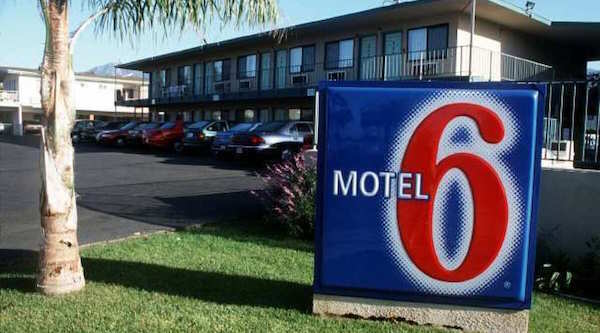 Steve’s breakdown: The Motel 6 account went into review (as we predicted – see article below) and has now been won by Barkley. Maybe you should check in on all the other clients that left Richards Group if you haven’e already.

CARROLLTON, TX: Motel 6 has filled its agency of record vacancy with Kansas City independent Barkley after turning the lights off on its longtime relationship with The Richards Group.

“As an iconic and beloved symbol of travel, we’re excited to partner with Motel 6 on the next chapter in the brand’s trajectory,” Barkley chief growth officer Jason Parks said in a statement. “We’re excited to build on their rich history and strong foundation to bring bold new ideas to build an even stronger, whole brand designed for the modern consumer.”

The appointment follows a review launched by the economy lodging brand over four months ago, which initially included incumbent The Richards Group. Motel 6 fired The Richards Group last month, following comments made by founder Stan Richards during an internal agency meeting describing an ad concept as “too Black.”

A number of other clients fired The Richards Group as well. Richards left the agency following the backlash, less than a year after naming Glenn Dady as his successor in the CEO role.

Motel 6 has restructured its business in recent years, including placing more emphasis on brand management. As a result, the motel chain appointed Adam Cannon to the new position of vice president, brand management, and Cannon will be responsible for managing the relationship with Barkley.

“Motel 6 is an iconic brand with a 58-year history leading the economy lodging segment. A large part of that success has been our commitment to keeping the light on for our guests and being there when and where they need us—and that has been a considerable advantage for us in a year like 2020,” said Rob Palleschi, CEO of G6 Hospitality, a holding group managing the Motel 6 and Studio 6 brands. “Still, you can’t continue to lead a category in today’s environment without evolving, which is why we are excited to be partnering with Barkley to advance our strategic vision for the brand and shine a fresh, new light on a legacy brand.”

Barkley will be responsible for working with Motel 6 on a number of initiatives for 2020, including a campaign around returning to travel, expanding the chain’s guest outreach and aligning messaging across multichannel marketing efforts.

Motel 6 spent nearly $16 million on media last year, according to Kantar Media. Unsurprisingly, the brand’s marketing was significantly impacted by the pandemic. Over the course of the first six months of 2020, Motel 6 spent just over $1 million on media, compared to nearly $10 million over that span last year, according to Kantar Media.