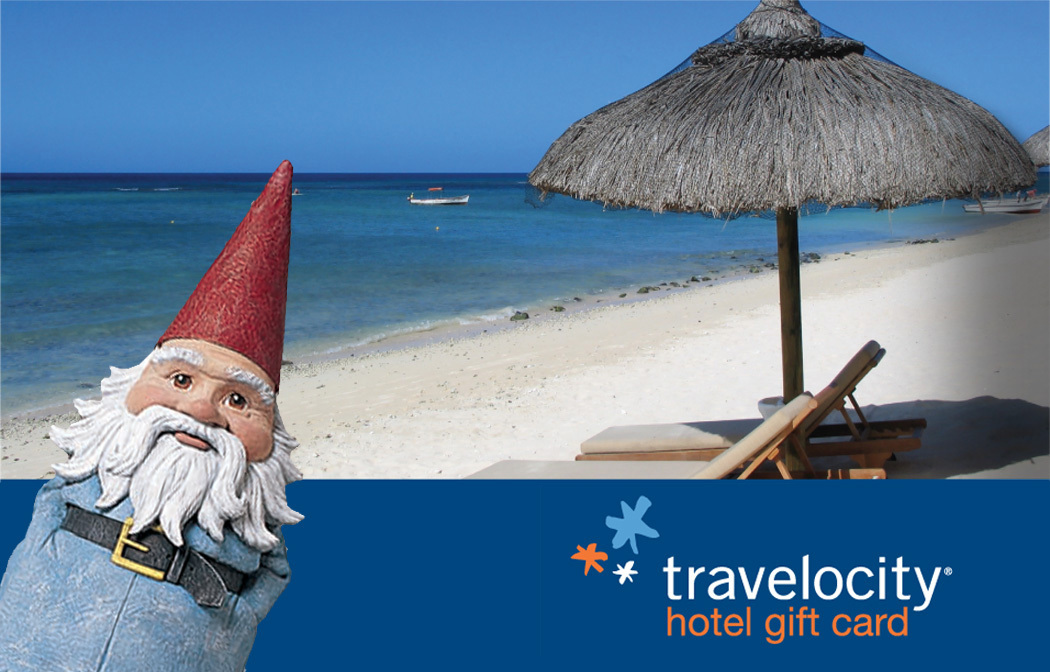 Steve’s breakdown: Not long ago we said that once the Travelocity acquisition was complete, the brand would go into review. We dearly hope you were listening and made contact because they are not accepting solicitations for this review.

After serving as the company’s creative AOR for two stints covering more than a decade, McKinney (the agency responsible for the not-an-Amelie-ripoff “roaming gnome”) will not participate in the review. The gnome itself, however, stays put.

From an email written by VP/GM Brad Wilson and quoted in the company’s announcement:

“In the hyper-competitive online travel space, breaking through the clutter with both a trusted brand and a fresh consumer message is of paramount importance. By reviewing our creative agency of record, we are ensuring that Travelocity can continue to effectively perform on both of these dimensions.”

Unfortunately, we do not have any information at the time as to which agencies will compete for the business. Here’s the interesting part:

“We have already shortlisted a number of agencies, so we will not be accepting any unsolicited proposals.”

So the company hand-picked the shops itself. Regarding its mini-Santa spokesman:

“…we look to continue growing consumer recognition and preference for our Travelocity brand, its services and the iconic Roaming Gnome.“

McKinney initially won the business in 2003; after a 2010 review, Travelocity went to Leo Burnett and Razorfish but returned to its rightful owner two years later. McKinney’s most recent work for the client included a clever bit of Shark Week “newsjacking” involving a “How Far Am I From Sharks Right Now” website.

Regarding its relationship with the agency, Travelocity Head of Brand Marketing Brett Steigerwrites:

“Starting in 2003, McKinney has been an integral part of Travelocity’s brand and its initiatives. We are grateful for the outstanding work that they have done for us to date, and wish them all the best going forward.”

The review is not particularly surprising given the fact that Expedia acquired both Travelocity and Orbitz in early 2015, positioning itself as the monopoly to beat with 75 percent of the U.S. online travel agency market.

Kantar Media notes that Travelocity spent $80 million on media in 2009 but slashed its budgets significantly in the years prior to the acquisition.