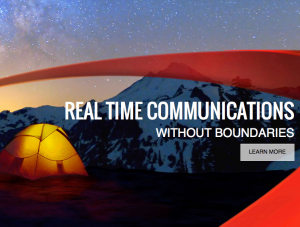 Steve’s breakdown: A short FYI about the client: GENBAND is a global leader in real time communications software solutions for service providers, enterprises, independent software vendors, systems integrators and developers in over 80 countries.

FRISCO, TX: Genband has appointed a new chief marketing officer to replace Brad Bush who is leaving the company to pursue new opportunities.

Patrick Joggerst, former vice president of global sales for Maryland-based BroadSoft has taken the post, reporting to chairman and CEO David Walsh. Bush will remain on board until May when the transition will be complete, he recently said in blog post.

Bush served as CMO and executive vice president at Genband since August 2013. In a blog post for CIO2CMO Bush said he was seeking for a new adventure that would light his fire.

“Whatever happens, I know that I will live by my favorite quote from Helen Keller,” the post reads. “’Life is either a daring adventure, or nothing!’”

Joggerst brings more than 34 years of experience within the telecommunications and technology industry. Prior to BroadSoft, Joggerst was executive vice president and general manager for the carrier services and solutions business unit at Aricent Group, a systems integration and software solutions provider owned by KKR. He’s also served executive positions at NextPoint Networks, Telecordia Technologies, PrimeCo PCS and Dallas-based AT&T.