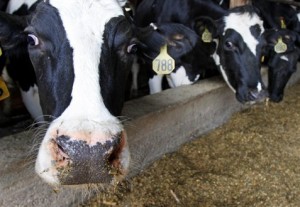 Steve’s breakdown: Dean Foods, an account I have pitched and won while at Long Advertising, is in the midths of dismantling itself. That means everytime they sell off a slice, that’s a Lead. Here’s the latest.

Saputo Inc. and Dean said Monday the two have signed a definitive agreement for the sale of Morningstar Foods, LLC in a debt-free deal.

The deal is expected to close by the end of this year or early next.

Dallas-based Dean announced in September it was seeking a buyer for Morningstar, which has about 2,000 employees and operates 10 manufacturing facilities in nine states. It  had 2011 sales of $1.3 billion.

The sale was part of a broader effort by Dean, long the nation’s largest dairy producer, to dismantle itself.  In October the company had an IPO for a 13 percent stake in its WhiteWave division which became The WhiteWave Foods Company.

The Morningstar sale leaves Dean as largely a producer of branded and private label milk. That portion of the business was the largest revenue producer at the combined Dean.

The combined Saputo business will have about 12,000 employees and 57 manufacturing facilities in five countries. Morningstar is expected to complement the activities of the Saputo Dairy Products Division (USA) which is based in Illinois.

As a result of the transaction, Dean Foods expects to see $887 million in net proceeds, which it expects to use to retire outstanding debt, “significantly lowering its leverage and increasing its financial flexibility.”

As a condition of the sale, Dean Foods also entered into an agreement in which WhiteWave will receive $60 million for the termination of an option to purchase plant capacity and property at a Morningstar facility and the sale to Morningstar of manufacturing equipment at another plant.