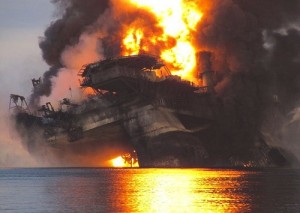 Steve’s breakdown: Talk about a day of sketchy reviews but this one takes the cake. We’ve reported on only one other that could be worst. Check it out! Anyway, these folks do have a PR problem and if you can fix it, you will be famous!

HOUSTON, TX: Transocean, the offshore drilling giant in the throes of a spill-related suit with BP, has begun an informal search for global PR support, a Transocean spokeswoman told Ad Age. She added that that Greg Panagos, the company’s VP and head of communications and investor relations, is leaving the company to pursue other opportunities.

She said that his departure is not related to the review, which is procurement-driven and stems from a CEO mandate to “expand into areas we’re not in now.” However, with his departure, the company will look at strengthening its internal capabilities and potentially look at agencies’ investor-relations and global crisis capabilities throughout the process. “Given all we’ve gone through over the last year, we’re looking at Transocean from a worldwide global perspective. We’re in a more unique situation [at this time],” she said, referring in part to the oil spill and a recent lawsuit and countersuit with BP. She added that the company hasn’t committed to hiring another firm and it’s in the earliest stages of the search.

The review won’t impact the Houston-based company’s relationship with agency of record Financial Dynamics, with which it recently renewed its retainer contract. She said that the review actually puts Financial Dynamics, a communications agency owned by FTI Consulting, in the running to expand its current business. The company hired the firm, along with lobbying firm Capitol Hill Consulting Group, early last year, amid congressional inquiries surrounding the role of its Deepwater Horizon rig in the BP oil-spill disaster.

Financial Dynamics, which deferred calls to the client for this story, reported an 11.9% increase in revenue in Q2 2010, in part due to its win. It lost its senior managing director and public-affairs veteran, Debra Cabral, to Porter Novelli late last year and has since hired and promoted a number of people within the group.

At the time of the oil spill, BP’s US CEO Lamar McKay said that Transocean was responsible for the explosion on the rig that killed 11 people onsite and caused the 87-day disaster, prompting President Barack Obama to diminish the finger-pointing to a “ridiculous spectacle.”

In a current lawsuit, BP is asking Transocean for about $40 billion in damages. It’s also seeking damages from other operating partners it was working with during the explosion, such as Cameron International, maker of the faulty blowout preventer, and cement contractor Halliburton. Soon after BP filed the suit, Transocean and Halliburton filed cross-claims against the petroleum company.

The agency review comes at a time when energy and oil companies are more concerned with crisis preparation and corporate communications, as evident in an increase in RFPs across the sector, according to agency executives who specialize in energy and public affairs. Also, Burson-Marsteller recently launched a global energy practice, and Hill & Knowlton appointed Duncan Burns, a senior VP in D.C., as its first global practice director for energy.

Industry experts associate the trend with hot topics such as rising energy demand and gas exploration, as well as recognition of a need for oil companies to implement crisis preparation plans and go beyond B-to-B PR for more public-facing communications strategies.