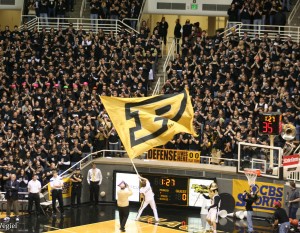 Steve’s breakdown: Purdue is combining their PR and marketing departments with new directors and Arizona gets a new PR director. You choose who you want to pitch.

Vice President and Chief Marketing Officer Teri Lucie Thompson announced in February that she would be leaving the University April 19 for a position as senior vice president for university relations at the University of Arizona. 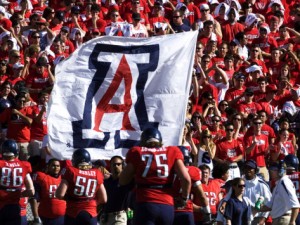 Daniels says the two months in between allowed him to reflect on how Purdue can best serve its external audiences.

“This consolidation joins two groups with similar goals and functions and at the same time reduces administrative overhead,” Daniels said. “We’re very grateful to Teri for the work she did to move Purdue forward in adopting modern marketing methodologies, and this merger will sustain that momentum.”

The move, effective Monday, will mean marketing and media staff will work with central administration and the academic colleges to enhance Purdue’s reputation and engage with University stakeholders.

“I look forward to working with the talented marketing and media staff and learning from them,” Griffith said. “The group is a good fit with public affairs as we engage with critical stakeholders and show what Purdue does for our students and for the state.”

Griffith joined the Purdue family in May 2011 to oversee government and community relations and economic development efforts for Purdue.