It hits the fan at Fusion-io

Home Blood in the WaterIt hits the fan at Fusion-io

It hits the fan at Fusion-io 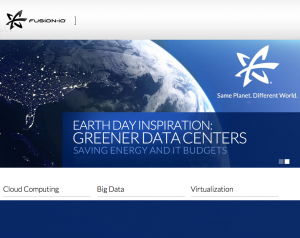 Steve’s breakdown: This story just won’t go away so we give in. On Wednesday, the CEO and CMO of Fusion-io , who are also founders, resigned. The stock took a hit and people don’t know what’s next.

Here’s what we think, the marketing department is going to need some real help and a well experienced marketing firm might just be the ticket.

Fusion-io said Flynn is leaving to “pursue entrepreneurial investing activities,” and White will join him. The two men have agreed to stay on the board of directors and continue to advise Fusion-io over the next year.

White was Fusion-io’s CEO from its founding in December 2005 until 2008, and he has been chief marketing officer since 2008. Flynn was president of the company from its founding until February 2009. He became president and CEO in March 2010 and was named chairman in May 2011.

Robison, 59, was in charge of strategy and technology for PC maker Hewlett-Packard Co. from May 2002 to November 2011. He has been on the Fusion-io board since December 2011.

Fusion-io has announced two executive shifts this month. On May 1 the company named Pankaj Mehra to the role of chief technology officer and said its former CTO, Neil Carson, was relinquishing the role to become the head of the company’s Asia-Pacific unit.

On Wednesday, Fusion-io backed its guidance for the fourth quarter and the current fiscal year, saying it expects $435 million in annual revenue. Analysts expect $435.7 million, according to FactSet.