The folks born to sell weed got a CEO who so totally knows selling: Agency?

The folks born to sell weed got a CEO who so totally knows selling: Agency? 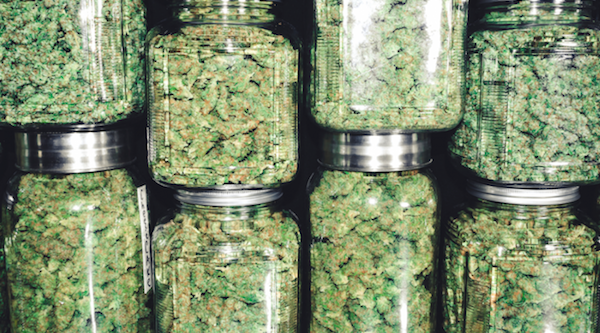 There’s no more iconic brand in the weed business and, if we had to, choose this company as the obvious choice to pursue.

LOS ANGELES, CA: Hightimes Holding Corp., the owner of the most well-known brand in Cannabis, today announced the naming of Stormy Simon, former President of Overstock.com, Inc., as its new Chief Executive Officer. The move comes as the company prepares to develop its physical and virtual distribution businesses. Having spent the last year acquiring Cannabis media publications and websites, High Times now looks to monetize its audience of millions of users across the globe.

“I’m honored to take on this role at such a pivotal time for this iconic brand. The cost of customer acquisition has plagued the cannabis industry thus far, but utilizing the High Times brand’s global audience, we should be able to monetize our traffic by connecting consumers to cannabis products at an unprecedented scale.” Stormy Simon stated.

“Like millions of other people, I have trusted High Times for years and I can’t wait to use my experience to help develop the next iteration of our business: delivering the best products into consumers’ hands.”

Adam E. Levin, Executive Chairman of Hightimes Holding Corp., added, “Stormy Simon, who rose through the ranks at Overstock.com during her 15-year tenure with the company, has extensive international business relations and marketing experience, and is highly skilled at breaking down and rebuilding departments. Stormy revolutionized Overstock.com’s marketing department, and then its customer service department, during an uncharted time in e-commerce history, eventually leading Overstock.com to increase its revenues from $20 million to over $2 Billion. For the past two years, Stormy has served on the Hightimes Board of Directors; in addition to her new role as Chief Executive Officer, she will continue to serve as a member of the Company’s Board of Directors.”

For more than 45 years, High Times has been the world’s most well-known cannabis brand-championing the lifestyle and educating the masses on the benefits of this natural flower. From humble beginnings as a counterculture lifestyle publication, High Times has evolved into hosting industry-leading events like the Cannabis Cup and the High Times Business Summit, while providing digital TV and social networks, globally distributed merchandise, international licensing deals and providing content for its millions of fans and supporters across the globe. In the world of Cannabis, High Times is the arbiter of quality. For more information on High Times visit http://www.hightimes.com.

Stormy D. Simon held a number of senior roles at Overstock.com during her fifteen-year tenure with that company. She headed Overstock.com’s Books Music & Video category and was responsible for all offline marketing including television, radio and print, among other roles. She was also a Director of Overstock.com Inc. from 2011 to 2016. Seen as a pioneer in the marketing industry, Ms. Simon was an instrumental player during the formative years of e-commerce. During her 15 years at Overstock.com, Ms. Simon went from being one of 100 employees to overseeing some 1,600 employees while growing the company’s revenue from $20 million to $2 billion. During her tenure at Overstock.com, Ms. Simon was recognized by numerous associations including four consecutive years for Mobile Web Awards and others for customer care including ranking in the top four AMEX/NRF Customer choice awards for the final six years the honor was given. In addition, Ms. Simon was personally recognized as a Customer Champion by Gartner 1 to1 Media. In 2014, Overstock.com was named to Forbes’ list of “Americas 100 Most Trustworthy Companies,” and Ms. Simon was personally named a Power Player by the NRF for 2016 The List, People Shaping Retail’s Future and awarded Top Innovator by Utah Women in Tech awards 2015.

In 2016, after her unprecedented success at Overstock.com, and having solidified herself as a trusted businesswoman and innovator in the tech and E-commerce industries, Ms. Simon stepped down as President at Overstock.com to explore the emerging cannabis industry, lend support and advisory services to female owned start-ups, and to serve as an Advisory Board Member for CannaKids, a parent-friendly cannabis oil company that helps cancer patients and those with a variety of diseases. A long-time green supporter, Ms. Simon is passionate about the medicinal benefits and scientific value in marijuana and advocates for user rights.