Home Blood in the Water#MickeySleezeMunch #MeToo 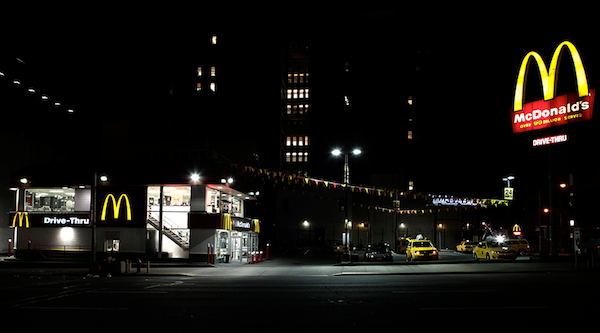 Steve’s breakdown: MickeySleezeMunch, AKA McDonalds, has lived up to its 40 year old nickname this week with 10 female workers filing sexual harassment complaints.

We suspect the best way to help the fight is with your own corporate communications at the agency and with your clients suporting #MeToo.

CHICAGO, IL: The #MeToo movement has made its way into the world of fast food and big burger chains. A group of ten women, all current or former McDonald’s restaurant employees, have filed sexual harassment complaints against the company. The complaints come from women across nine cities including Chicago, Detroit, Durham, N.C., Kansas City, Mo., Los Angeles, Miami, New Orleans, Orlando and St. Louis.

These women have filed 10 charges with the Equal Employment Opportunity Commission over the last few days. They are working in partnership with organization Fight for $15, a group dedicated to raising minimum wage standards to $15 an hour and securing union rights nationwide, to challenge what the organization is calling, “widespread sexual harassment.”

Fight for $15 brought about similar harassment claims against McDonald’s two years ago, but noted in a tweet that the brand has yet to fix the problem. Today, Fight for $15 organized a protest outside of McDonald’s Chicago HQ to raise awareness about these allegations. They’re also spreading the word on social media using #MeTooMcDonalds.

The most recent filings by these women allege instances of groping, unwanted sexual advances and propositions for sex, lewd comments and more from supervisors within McDonald’s restaurants, across the nine cities. When a 15-year-old, St. Louis-based cashier reported a co-worker for repeatedly harassing her by using graphic, sexual language, Fight for $15 says the company ignored her complaints.

Terri Hickey, a spokesperson for McDonald’s Corp., said in a statement that McDonald’s is, “committed to a culture that fosters the respectful treatment of everyone. There is no place for harassment and discrimination of any kind in our workplace. McDonald’s Corporation takes allegations of sexual harassment very seriously and are confident our independent franchisees who own and operate approximately 90 percent of our 14,000 U.S. restaurants will do the same.”

The Time’s Up Legal Defense Fund, launched in January as a response to the #MeToo movement and, backed by the National Women’s Law Center, is taking on the legal fees associated with these cases.

“By funding the legal representation in these cases, we hope to help ensure that these charges will be a catalyst for significant change. Few women working in low-wage jobs have the means or the financial security to challenge sexual harassment,” Sharyn Tejani, director of the Time’s Up Legal Defense Fund, said in a statement.